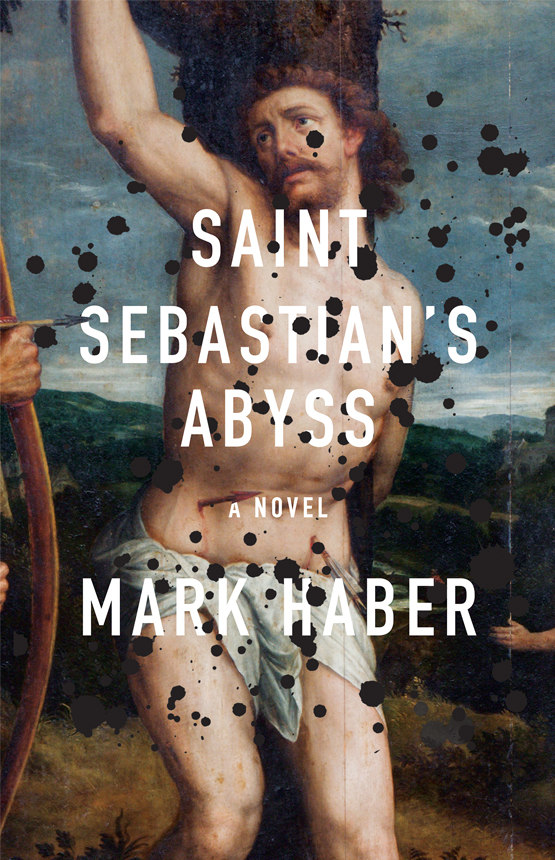 Former best friends who built their careers writing about a single work of art meet after a decades-long falling-out. One of them, called to the other’s deathbed for unknown reasons by a “relatively short” nine-page email, spends his flight to Berlin reflecting on Dutch Renaissance painter Count Hugo Beckenbauer and his masterpiece, Saint Sebastian’s Abyss, the work that established both men as important art critics and also destroyed their relationship. A darkly comic meditation on art, obsession, and the enigmatic power of friendship, Saint Sebastian’s Abyss stalks the museum halls of Europe, feverishly seeking salvation, annihilation, and the meaning of belief.

“Saint Sebastian’s Abyss is one of the first of its kind by an American writer, a sleek novel about Renaissance art, rivalry between friends and devotees, the ‘perilous promise of a dead canvas,’ and the meaning of the obsessions that orbit our careers (and what happens when we glimpse, even briefly, meaninglessness and the abyss beyond our singular obsessions). There’s not a single sentence in this book that isn’t ecstatic. To read it once is staggering; to read it again is necessary.”

“Evocative of the work of Thomas Bernhard, László Krasznahorkai, Gilbert Sorrentino, and other great literary obsessives of a satirical stripe, Saint Sebastian’s Abyss by Mark Haber is whip smart, scalpel sharp, wicked funny, and, ultimately, genuinely moving. Fans of Haber’s excellent Reinhardt’s Garden are in for a serious treat with this one. I loved it and can’t wait to see what comes next.”

“There is a refreshing lightsomeness to the writing in Mark Haber’s new novel about art and the absurdity of academic life. The mix of love and hostility exchanged between the two art critics in this novel is both endearing and ridiculous at once. Their territorial battles over the same work of art, their willingness to upend their marriages and much of their lives over a single painting, made me laugh aloud with recognition. An absolute delight, and Haber’s love of writing comes through on every page.”

“In Saint Sebastian’s Abyss, we are swept away by the hilarious and misguided preoccupations of two compulsive pedants, a comedy duo, whose misadventures are as irresistible as they are outrageous.”

“What a wonderful, short shock of a novel this is. A superb exploration of friendship and enmity through a single painting of a long-dead and exquisitely imagined artist. An amazing meditation on life, loss, meaning, and suffocation. Funny, dark, strange, gothic, and beautiful—an extraordinary journey through three broken lives.”

“In Saint Sebastian’s Abyss, art is the most important thing in the world, or the least; a holy calling or a pastime for narcissists; secular prayer or something that can be traded for sex. With exuberant wit and a superb array of fine-edged paradoxes, Mark Haber flays art of its pieties and pretensions, and when the cutting’s done, he has us look to see if anything’s left.”

The 30 Best Texas Books of The Decade, from Amarillo to Utopia